Well, it’s been a tough weekend. Many new things were installed at home, lots of drilling and weightlifting (oh my arms…) but feels nicer after all. 🙂 More places for the kittens to hide.

That said, I’m evolving on Africa 2010 CodeJam D problem, but as soon as I get closer to solving, another challenge appears. This time, I’m having trouble finding an heuristic to determine the right choice to make, of all the results. Perhaps I’m still getting many results and not comparing correctly to the “solved group” list. I’ll for sure find out eventually.

Also, watched InProprietario, a brazilian documentary on free software (lots of Stallman) and, beside being very crude on effects, they used some nice movie references to cleverly show some software concepts. If you can understand portuguese and would like to know more about Free Software, I highly recommend it. 🙂

It’s no news that I’ve put together quite some time ago a spare desktop to use as media center. No wonder also that it runs XBMCbuntu quite smoothly. 🙂 It’s also VERY nice to be able to control the whole media experience through any browser or Android device that’s in the same network, so I can put it to play media without even looking at it.

The last couple of weeks (after ChromeCast launch), I saw many many applications attemping to integrate with (despite the unstable API) and even completely emulate it! So, since I don’t have access to one of these HDMI-dongle wonders, I’ve decided to put LeapCast to work and emulate my own ChromeCast setup! 🙂

First of all, it needs a Linux setup that runs google-chrome, which the current XBMCbuntu… doesn’t. In fact, even if a simple call to update-manager (and a bit of patience) did the trick, I still had plenty of NVidia driver madness to control after the reboot (so, if you’re not up to trouble, install an up-to-date Ubuntu and XBMC from it).

Installed LeapCast and Chrome, created a simple shell script to be able to log and called it from a nifty system function at ~/.xbmc/userdata/autoexec.py. Worked like a charm (despite calling LeapCast with –fullscreen, it’s not using it all. Perhaps the X calls are a bit odd from XBMC…) and the device advertised itself once I opened the Youtube app at my Nexus phone. 🙂 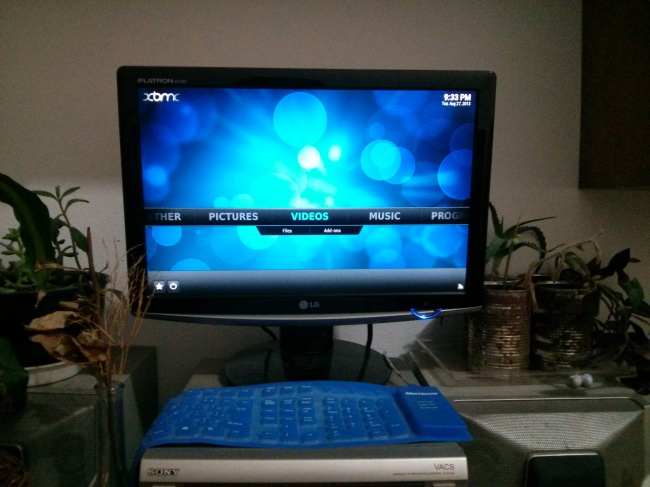 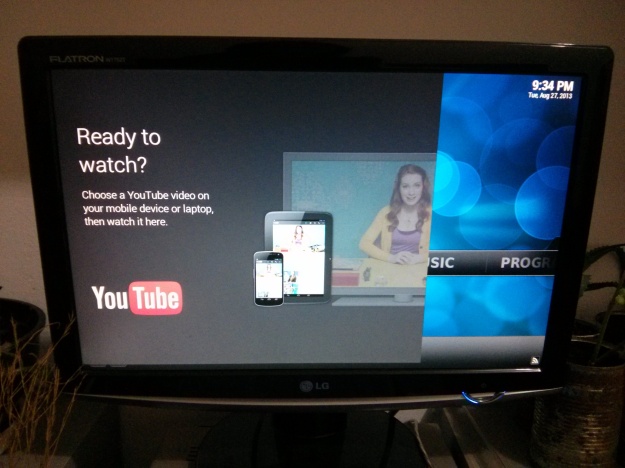 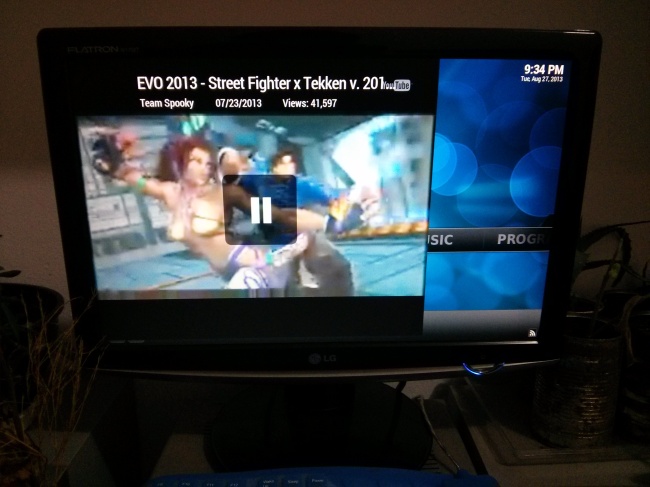 Of course XBMC has its own Youtube addon, which works wonders and I love it very much, this results in even less exercise. 😀 Ready to become the couch zombie we all aspire to!