Well, I’m an old Tibia MMORPG player (Jack Bouer used to be my main character) and even after retiring, I continued to back it’s (at the time vibrant) community for a while, be it by drawing the infamous TibiaNews’ Comic Strips (removed from the original server, re-uploading to my gDrive… soon) and the original TibiaScoop.com (merged with TibiaNews.net, apparently) games that I’ve launched. There was one game that I’d like to start, which was Carlin’s Explosion.

You’re a powerful bloodthirsty player, and clueless newbies are trying to get to the depot at all costs. Magically rewarded with infinite mana points, you decide to stop them by launching waves of the most powerful attack spell (at the time) the Ultimate Explosion! Kill as many newbies as you can before they fill the depot!

It contained an online highscore mechanism (that I can’t host for now, so it is disabled) where site members could compete. 🙂 Beside being based on the original tibia sprites, all artwork was remade by me (CipSoft complained at the time about using the original Tibia artwork on it). So, here it is! The infamous Java-based game, Carlin’s Explosion (hosting is for now a courtesy of Google Drive)! 😀

Java package download (run with hopefully just a double-click, or with a “java -jar CarlinExplosion.jar”).

Since I can’t host the jar with direct access (for an applet version), some screenshots: 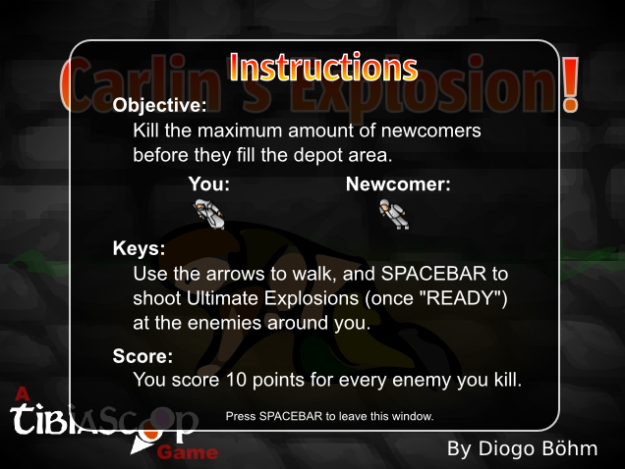 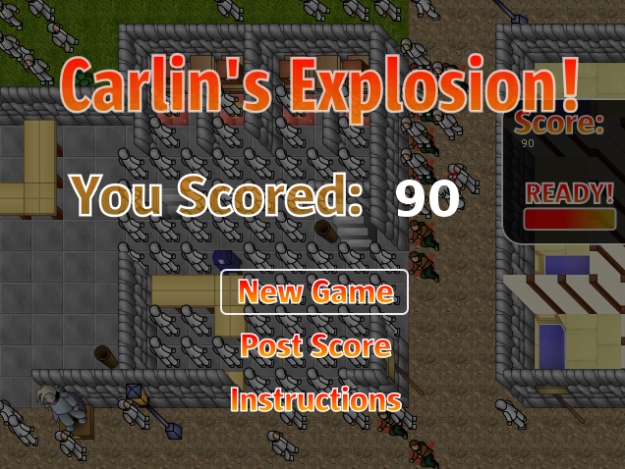