Long time ago, at one college night class, I was quite amazed that my teacher would have to draw over and over again Venn diagrams to explain logic problems and exercises. That class had a projector that was mainly used to display PPS slides. Since I was already quite proficient at Java and Swing development, I started to develop an application to help him by rendering the diagrams based on a logic expression without the need to draw the whole thing on the blackboard. 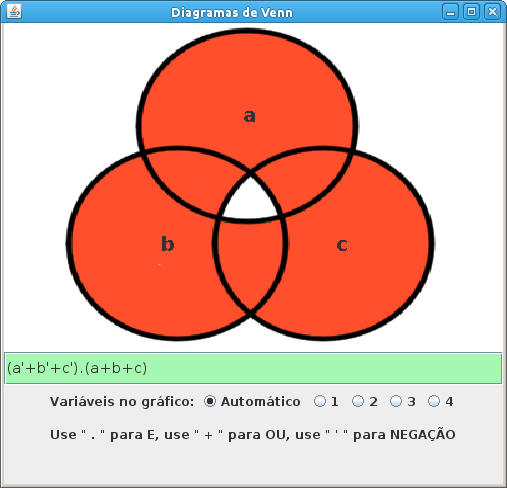 That application was called DVenn and I guess it still helps him on classes. It can present up to 4-way diagrams and automatically adjust the render based on the number of variables. We published a paper about it and presented at some event. I’ve put it on github. I guess it’s still in portuguese, but there’s not much to translate even, so it should be easy to port around.

Looking at the code right now, it seems quite bulky for what it does, but I’m OK with it. Perhaps some day I’ll do some refactoring and call it done.